There was an error connecting to VMware vSphere Update Manager

I recently came across a vCenter/Update Manager server which had been built whilst been joined to one domain. Then later it has been removed from that domain and joined to a different one.

As such VMware vSphere Update Manager has not been reconfigured as was not working correctly (even though the service was running), giving the following errors:

"Plug-in is unavailable for the following server(s) : server.something.local"

"There was an error connecting to VMware vSphere Update Manager [server.managed.something.com]"

"The request failed because the server name 'server.something.local' could not be resolved"

If you take a look at what the dialog is saying here..

It's telling us is cannot connect to Update Manager on the server we are on (i.e. the ".com"), but it failed because it cannot resolve ".local".

This is because it is trying to reach it based on the FQDN it was installed with back on the previous domain. Even if this is the same server (which it is), it is not longer able to resolve that DNS name.

You could probably cheat and put a host file entry in but that is for cowboys!

1. First check that the vSphere Update Service is ok and still running (it should be if this is the only problem and it can still connect to the database). 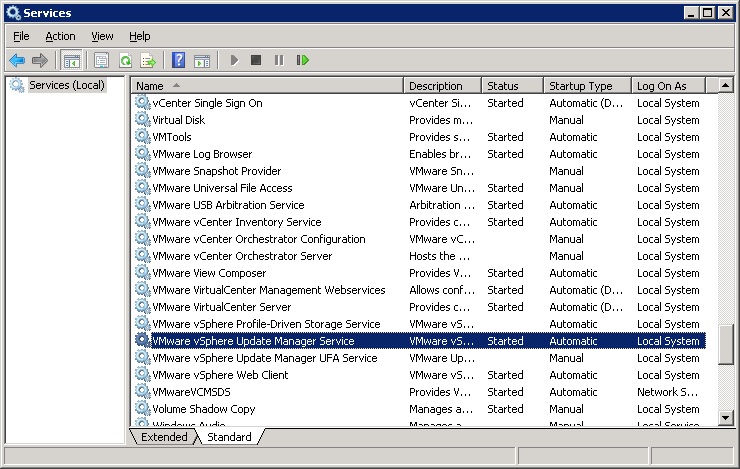 First, "vci-integrity.xml" which is located in the location you installed Update Manager to. 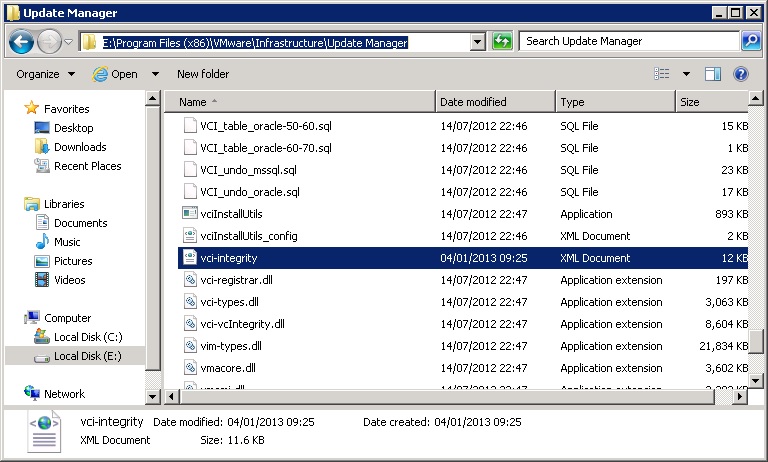 3. Amend any references to the incorrect server name and save the file. 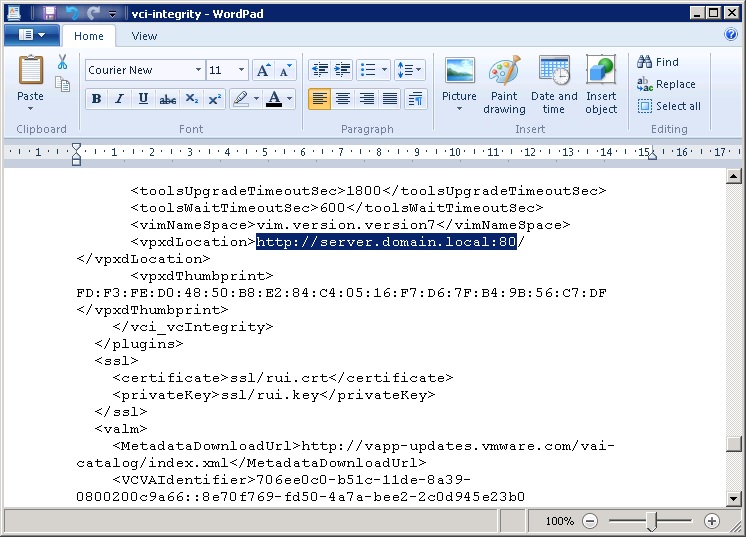 4. Secondly, "extension.xml" which is again located in the location you installed Update Manager to. 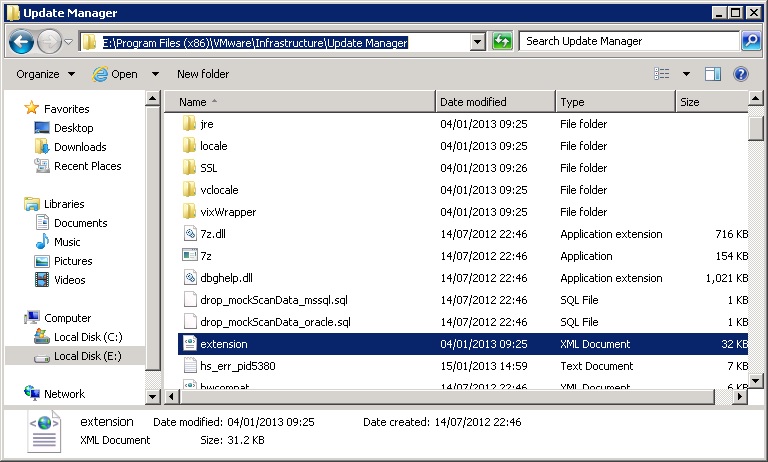 5. Amend the several references to the incorrect server name and save the file. 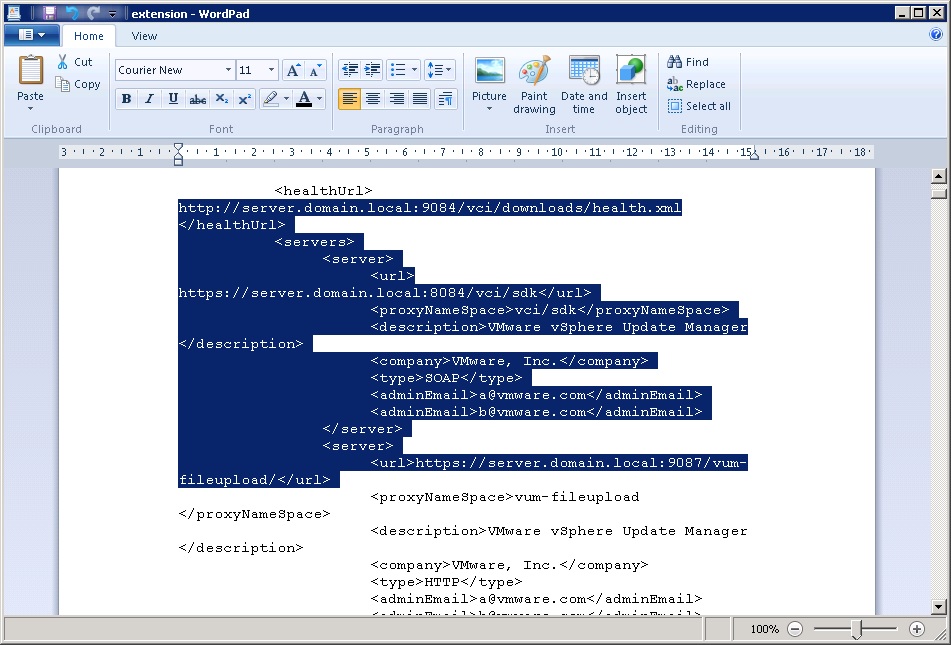 6. To finish off you need to run a command to register the updated Update Manager extension details.

Within E:\Program Files (x86)\VMware\Infrastructure\Update Manager there is an excitable "vciInstallUtils.exe" which needs to be run.

8. Close and re-open vSphere client and you will find the plugin is now enabled.